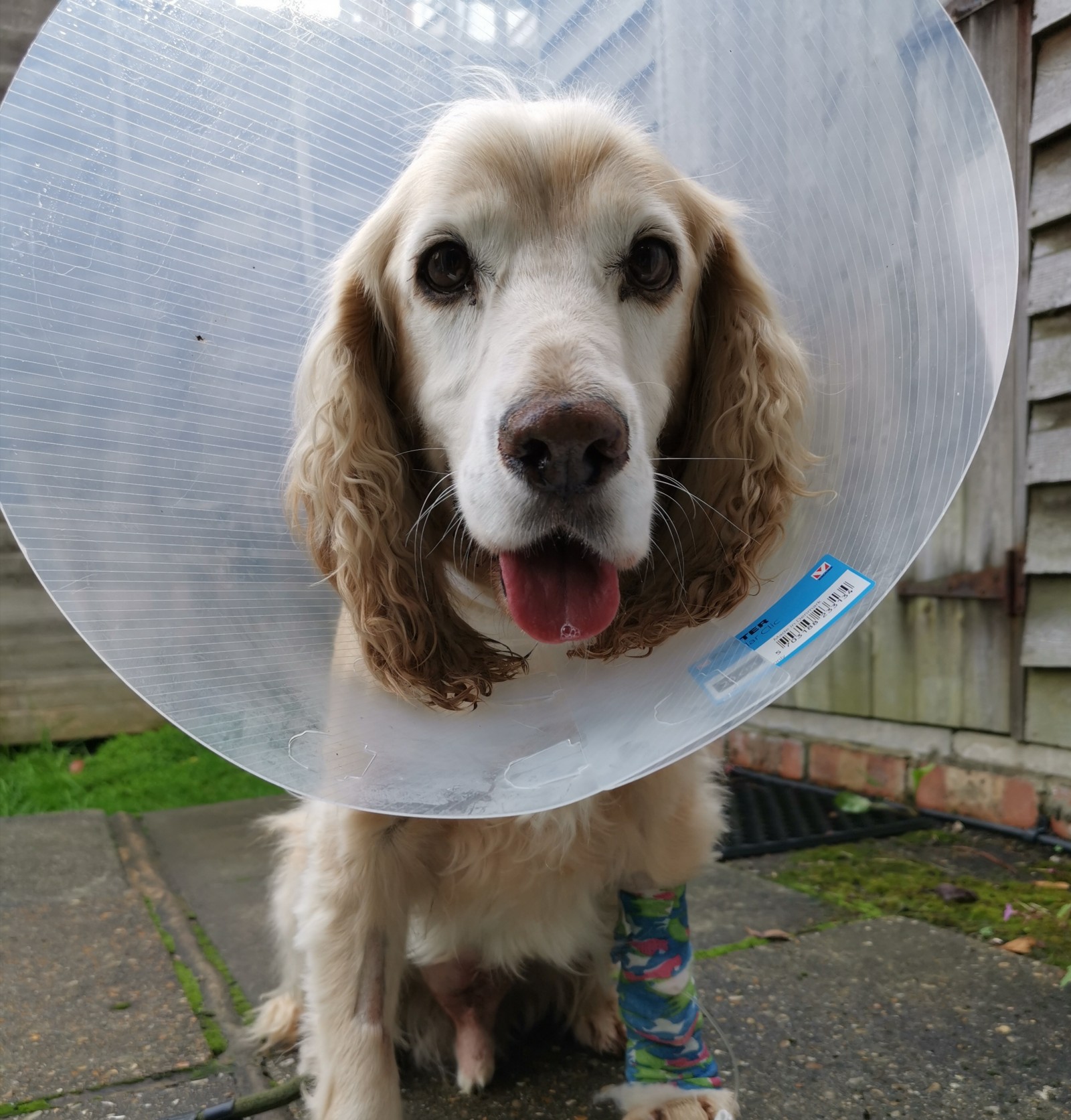 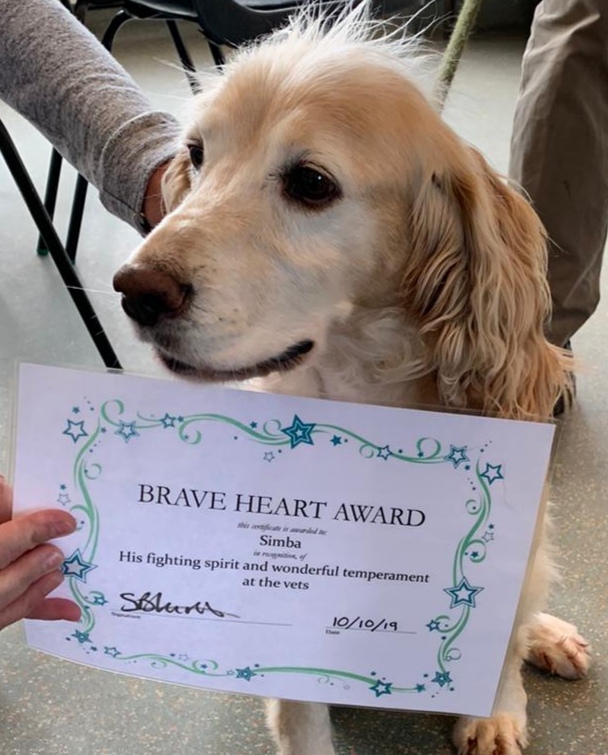 Simba was brought into us by his owner, who was concerned as he had been vomiting.  On arrival at the clinic we noticed that Simba was not his usual energetic self and this was one of the first indicators that things really weren’t right.

We admitted Simba for blood tests as he seemed very dehydrated.  The results were unremarkable and showed his vital organs such as kidneys and liver were working well.  However his electrolytes were not right due to his vomiting episodes, so he was placed on intravenous fluids straight away.

As Simba had in the past eaten a sock, we X-rayed his abdomen to make sure there were no foreign bodies that could be causing his vomiting.  The X-ray showed there was no obvious foreign body present.

As the day went on Simba really wasn’t responding as we would hope to the medications given or the fluids. There was little improvement and he was still listless and not himself.  Normally we would see some sort of improvement with fluids if it were a classic stomach upset, so we decided to perform an ultrasound scan.  Although the X-ray had ruled out any major foreign bodies, the ultrasound would be able to focus more intensely on the area and look at it in slightly more detail.

Suzie carried out the ultrasound which showed there was an unusual appearance to one section of the intestines, which looked slightly larger and was surrounded by fluid which is not normal in a healthy animal. This was enough to cause us concern.  As Simba seemed to be deteriorating we made the decision to perform emergency surgery.  When our vet's went in to operate we were shocked to find that a large section of Simba’s small intestine had become wrapped around itself, cutting off the blood supply to that section of gut which, as a result, was effectively dead and needed to be removed.  This kind of surgery requires removing that length of intestine and then connecting the healthy ends of the remaining gut back together. If we had not gone ahead with the operation, Simba would most definitely have died.  The surgery itself is extremely risky, requiring excellent surgical skill and isn’t guaranteed to be successful.

Once the surgery was complete, it was then a waiting game to see firstly if Simba would survive the anaesthetic (he was in a state of shock which can make the anaesthetic very risky) but also to see if the healthy gut would take and continue to function as it should.   Even up to 5 days after surgery the gut could still breakdown.

Simba was the sweetest patient.  Even at his most critical he still gave tiny tail wags and seemed to understand that we were trying to help him.  The following day he was very flat but gradually, after intense nursing care he started to perk up and by day 3 he was taking food and able to venture into the garden for fresh air.  By the time Simba went home he was already starting to get back to his normal lively self.

We are delighted to say that Simba has made a full recovery since his surgery and he certainly deserves the Braveheart award!